The science fiction novel "Solaris", written by Stanislaw Lem in 1961, serves as the basis for an arrangement of rooms and mechanisms in ZAKOPANE. At the end of the staircase, behind a luminous corridor, is the airlock to an idiosyncratic station. Fragments and recordings, video and audio documents, provide a glimpse into a seemingly bygone history of research. With their materials and switches, the rooms themselves become independent actors in the narrative. The alien logic of the other planet has left traces and continues to operate - behind the walls, in the installations and acoustic landscapes; Zakopane invites its guests to explore the station. As they walk through the rooms, they begin to seemingly understand patterns, perhaps even to establish something like a form of communication in the end.

What do people do when common parameters for classifying events fail and there is no longer any comparison with the familiar? And what does one do when the object to be observed plays by its own rules, when it confronts people with strange situations in order to observe their reactions? All events on site are generated live and mutate constantly, so no guest will experience the same.

Zakopane is a performance/installation hybrid for individual guests. Every 15 minutes a new spectator enters the set of rooms, a fictional research station. These rooms contain interactive elements, video sequences, a puppet figure and various materials. A stay lasts a total of 25 minutes. All elements of the installation are generated live by 3 performers behind the scenes. Each session is unique, the installation reacts to its guests, offers different possibilities of action and modulates the setting with each new guest. 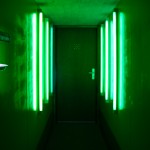 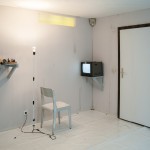 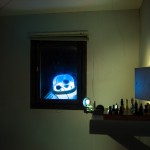 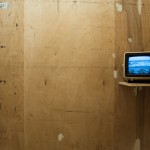 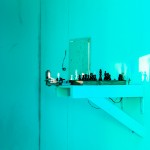 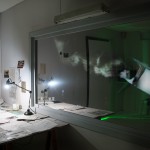 In the installation "Zakopane" in Giessen, visitors travel to the space station from Stanislaw Lem's science fiction novel "Solaris". The artist duo Jost von Harleßem and Hanke Wilsmann have created a course through cleverly constructed theatrical backdrops. [...] "Zakopane" is a light-footed, 15-minute course through intricate sets, light and sound effects. With successful little quotes on horror effects, such as battery-powered creepers that suddenly tumble out of a hatch set in the wall of the central room. One has to do without Stanislaw Lem's gruesome wonders as in "Solaris" in "Zakopane". The Giessen industrial park, into which one is spat out again after the performance, is perhaps cruel enough.

Next Saturday and Sunday in Giessen [...] the installation "Zakopane" based on the novel "Solaris" by Stanislaw Lem can be explored, skipping the near future to reach the more distant one: The space station [...] brought to earth by the artist duo Jost von Harleßem and Hanke Wilsmann has already been abandoned by its crew. Depending on the visitors' behavior, it sometimes behaves helpfully, sometimes capriciously, and thus surpasses every computer simulation in its unpredictability.

[ . . .] You should perhaps not be claustrophobic. Nor should you be afraid of the unknown. Step by step, as you go up towards the entrance, the tension increases. After registration and briefing, you will finally be allowed to enter "Zakopane". This is not the winter ski resort of the same name in Poland, but a performative installation by F. Wiesel, which is set up in the large hall of zeitraumexit for the duration of the Wunder der Prärie festival (until September 26, 2015) in Mannheim.

The theme of the performance art festival this year is "Alien". And that's how you really feel as you walk through the rooms: foreign and somewhat at the mercy of the "voice" that guides you - all alone - through the experiential spaces. [...] One encounters curiosities and banalities, notes and photos, apparatuses and screens, without knowing whether anything in particular is expected of one. One really feels as if one were in a foreign country. And an oppressive feeling spreads: You feel like you're being watched… [...] In fact, the visitor has more influence than he might think: each of his decisions results in an action, so that each visitor experiences a different performance. So everyone finds themselves in their own self-made strangeness. Sometimes it's scary, but sometimes it's just funny.

Zakopane was created in 2015 as a production of the festival Wunder der Prärie in cooperation with zeitraumexit e.V in Mannheim.